We recently came across a customer who wants to use ML Studio and its Excel add-in. But they have this crazy idea that they’d like a bit more than just a single API key to access it.

ML Studio deploys its models onto a service for consumption. You are then given an API key and a URL to be used. There are two API keys1 only, so any user given a key can then use it, possibly leak it, continue its use after they left the company, etc. As the service is publicly accessible, anyone with the internet and the key can consume it. Therefore you might want to limit the distribution of this key to mitigate the risk of its leaking. This is not a problem when the service is consumed by other services, in which case users don’t know the key, only the consuming service does. but ML Studio also offers an Excel Add-in, which our customer wants to use, and which expects the API key to be provided.

This customer has higher expectations when it comes to security, such as being able to deactivate a user, logging-out users after a period inactivity, and such things you get from using Active Directory.

So we came up with the following work-around: add an authentication proxy, whose job is just to verify that you are allowed to use the service, and then proxy calls to the service: 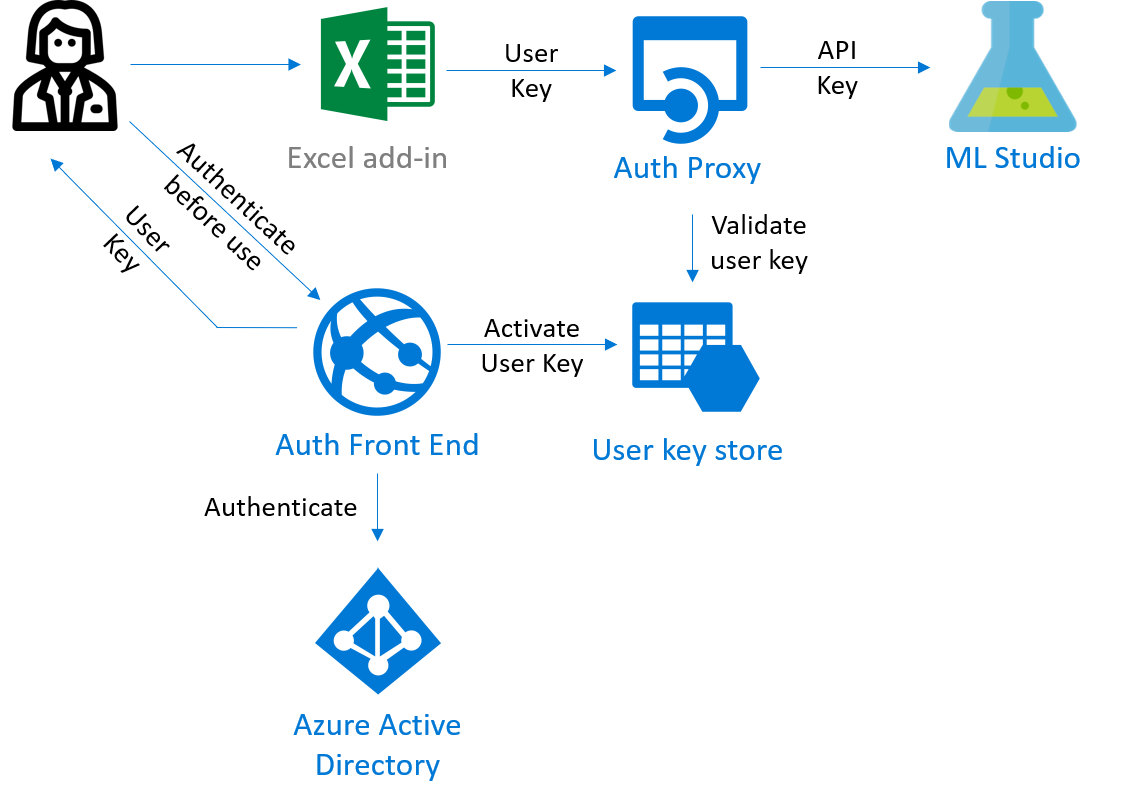 This patterns is composed of two main parts:

So in basic terms, to use the add-in, users go to that authentication front-end website, log-in using their Active Directory credentials. They get the API key and URL from there and use that with the Excel Add-in. After some time of inactivity, the key is deactivated. They just need to log-back-in to reactivate their key.