“ How to deal with people who treat you like dirt ”

by Robert I. Sutton 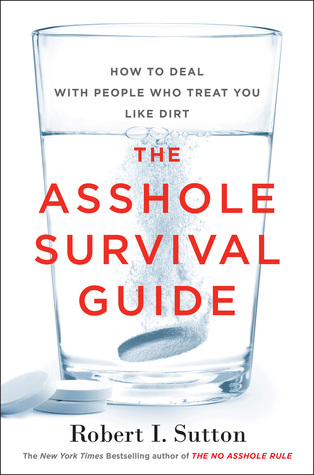 I didn’t plan on reading it, but I saw a couple of posts related to that on HN and thought “eh, why not, seems funny and practical enough”. It’s globally a list of short-term tactics to escape bullies.

My main grievance is that it’s mostly targeted towards avoidance and treating symptoms ; quite in contradiction with the proactivity principles preached in books such as the 7 Habits. One might need short-term technics to avoid the current situation, but the best yet seems to fix the problem rather than building elaborate schemes to avoid it.

Keep your distances from assholes, block them out physically or mentally, try to not be an asshole yourself.

These are my takes on this book. See other reading notes. Most of the time I stop taking notes on books I don't enjoy, and these end up not being in the list. This is why average ratings tend to be high.